Working With A Real Estate Investor. Beyond A Cash Offer.  When thinking about real estate investors in Indianapolis that buy houses, the first thing that usually comes to mind is a cash offer and a fast close. But a good real estate company goes beyond the cash offer, providing a host of solutions designed to … Continued

Selling Your Indianapolis House Without A Realtor. What You Should Know To Be Successful. When it’s time to sell your house in Indianapolis you have a few options available to you. You can list your house with a real estate agent, sell the house yourself or you can sell your house directly to a real … Continued

Inherited A House In Indianapolis? Know Whether It’s Best To Keep It Or If It’s Time To Sell. If you’re like thousands of Americans who inherited a house this year, you may be asking yourself if it’s best to sell it or keep it. There are many factors one must consider when determining what the … Continued

What to Do When Selling A Home With Water Damage Selling a home in today’s market can be especially challenging. Yes, it’s still a sellers market but buyer are becomingly increasingly more critical of homes as housing prices reach their peaks. If you need to sell you house fast in Indianapolis and your house is … Continued

Understanding Price Trends: What are the Best Months for Selling a House in Indiana? If you are in the market to sell a house, chances are you were told that there’s a ‘sweet spot’ of the year where you can sell for a high price and seal the deal in less time. Well, they are … Continued

Mortgage Assumption, Is It Right For You? Pros and Cons For Home Owners If you need to sell your Indianapolis house fast and are running out of options because your mortgage is too high or you don’t have enough equity to sell it without coming out of pocket, then letting a real estate investor assume … Continued

Are you a (Fiz-Bo)? Selling Your House Yourself.  For sale by owner, often referred to as (Fiz-Bo) if you are into that whole industry terminology thing. Selling your house yourself does take a little more courage and often times previous home buying and selling experience; but it can be done! According to the National Association … Continued

If you’re reading this post then you are probably thinking of selling your house. Selling a house in today’s market can be frustrating. There are so many houses available on the market, buyers have plenty of options to consider before choosing. Many homes, especially in the Indianapolis housing market, have gone through significant remodel and … Continued

When you decide to sell your house, there are 3 pathways to choose: 1) Selling it through a realtor, 2) For sale by owner, and 3) Selling directly through an investor.  If you choose either of the first 2 routes, odds are good that the buyers you will attract are planning to live in the … Continued

Listing vs. Selling To Us

Which route is quicker?
Puts more cash in your pocket?
Has less hassle? 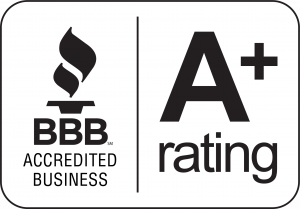 Get Your Fair Cash Offer: Start Below!

Why Sell Your House To Ittenbach Capital?

My experience with Tim and Ittenbach Capital could not have been more pleasant than if I had simply sat down and decided exactly what and how I wanted everything to go. Unlike some other companies Ittenbach Capital was interested more in client satisfaction than in fleecing the consumer. Tim kept me in the loop every step of the way and to me that was of paramount importance. Would I recommend Ittenbach Capital? Yes I would in a heartbeat. You can’t go wrong with Ittenbach Capital.

Tim and Molly are consummate professionals. They are attentive and seek to provide customer-driven quality. The home selling process can be stressful. Tim and Molly met and exceeded our expectations, which significantly decreased the stress level of our home selling process. We highly recommend Ittenbach Capital if you are buying or selling your home!

Tim with Ittenbach Capital was PHENOMENAL to work with. He explained all our options and helped us decide which option best fit our needs. The process from start to finish was well executed and flexible to fit our timeline. The offer we accepted was fair and higher what other companies offered. Tim created a great personal connection and really cultivated the human aspect making us feel valued and not just another transaction. I would absolutely recommend Ittenbach Capital for any real estate needs.